Writing is a skill that should be mastered by students. But in fact, many student dont know how to write properly. The aim of this study is to analysis students difficulties in writing recount text. The researchers use qualitative approach to describe the current condition of the phenomena and designed in a case study. The subject of this research was the second grade students in SMP Pangeran Antasari. Researchers took two class that make up 73 students as the population and took 42 students as samples in writing recount text. Data collecting technique in this research is writing test of recount text. Based on the test, researchers found that students have some difficulties. They are the lack of vocabulary, the poor ability in using simple past tense, the incapability in organizing recount text, the incapability of using language features, especially in using noun, linking verb, and action verb, and the last difficulty of students are do not know how to using pronoun properly. Most students confused and not comprehended the kinds of pronoun and their function. In conclusion, language features is the most often difficulty students face in writing recount text.

This work is licensed under a Creative Commons Attribution-ShareAlike 4.0 International License. 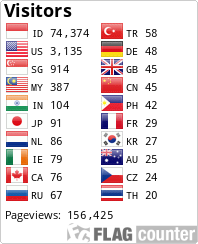